The Theodor W. Adorno Archive was founded in 1985 by the Hamburg Foundation for the Advancement of Research and Culture. After the provisional failure of the plan to establish an archive center in Frankfurt that would have brought together the estates of all of the members of the Frankfurt School, the Archive was established in 2005 at the institute that Adorno himself had directed from 1958 to 1969, following a proposal of Jan Philipp Reemtsma.

The Hamburg Foundation for the Advancement of Research and Culture had acquired the entire estate of Gretel Adorno and, some years later, also acquired the portion of Walter Benjamin’s estate that had been in Adorno’s possession for safekeeping. After the merging of the other portions of Walter Benjamin’s estate, the Adorno and Benjamin Archives were separated at the organizational level.

The archivation of the literary estate is almost complete. It has been copied and digitized in its entirety and can be consluted by users at the Berlin branch of the Adorno Archive in the Walter Benjamin Archive at the Akademie der Künste. The originals remain in the Frankfurt Adorno Archive at the Institute for Social Research. All inquiries regarding research projects, materials, exhibitions, and printing permissions should be addressed to Michael Schwarz, the director of the Theodor W. Adorno Archive.

In addition to some objects such as Adorno’s baby grand piano and desk, the Frankfurt archive includes his private library and his extensive written estate.

It contains the printed holdings, including Adorno’s published books with all of the new editions and translations, as well as the essays and articles that appeared in journals, anthologies, and newspapers. Furthermore, the Archive houses manuscripts and typescripts comprising around 80,000 sheets, of which around 55,000 are archived manuscripts of works. Also preserved are 45 philosophical notebooks in which Adorno recorded reflections and formulations that often formed the beginning of a train of thought or a work. Transcripts of Adorno’s lectures from 1958 onwards are available. They were recorded on tape and then typed out by the secretaries. Of the older lectures, there are keyword outlines, as well as some transcriptions stenographed by Gretel Adorno. Transcripts also exist of a large number of lectures and discussions.

Adorno’s correspondence from 1949 onwards has been preserved virtually in its entirety. The correspondence includes his handwritten letters up to 1928, which are available in photocopies, and the later typewritten letters, which were typed with carbon copies. Depending on where it is filed, which does not necessarily match the subject matter, the Archive distinguishes between Adorno’s private correspondence, comprising around 20,000 sheets, and his institutional and professional correspondence.

The manuscripts of Adorno’s musical compositions are preserved, as well as copies and blueprints made for performance purposes.

The Theodor W. Adorno Archive publishes Adorno’s Nachgelassene Schriften, which include his lectures from 1957/58 to 1968, writings that remained in fragmentary form, his notebooks, lectures, and discussions. 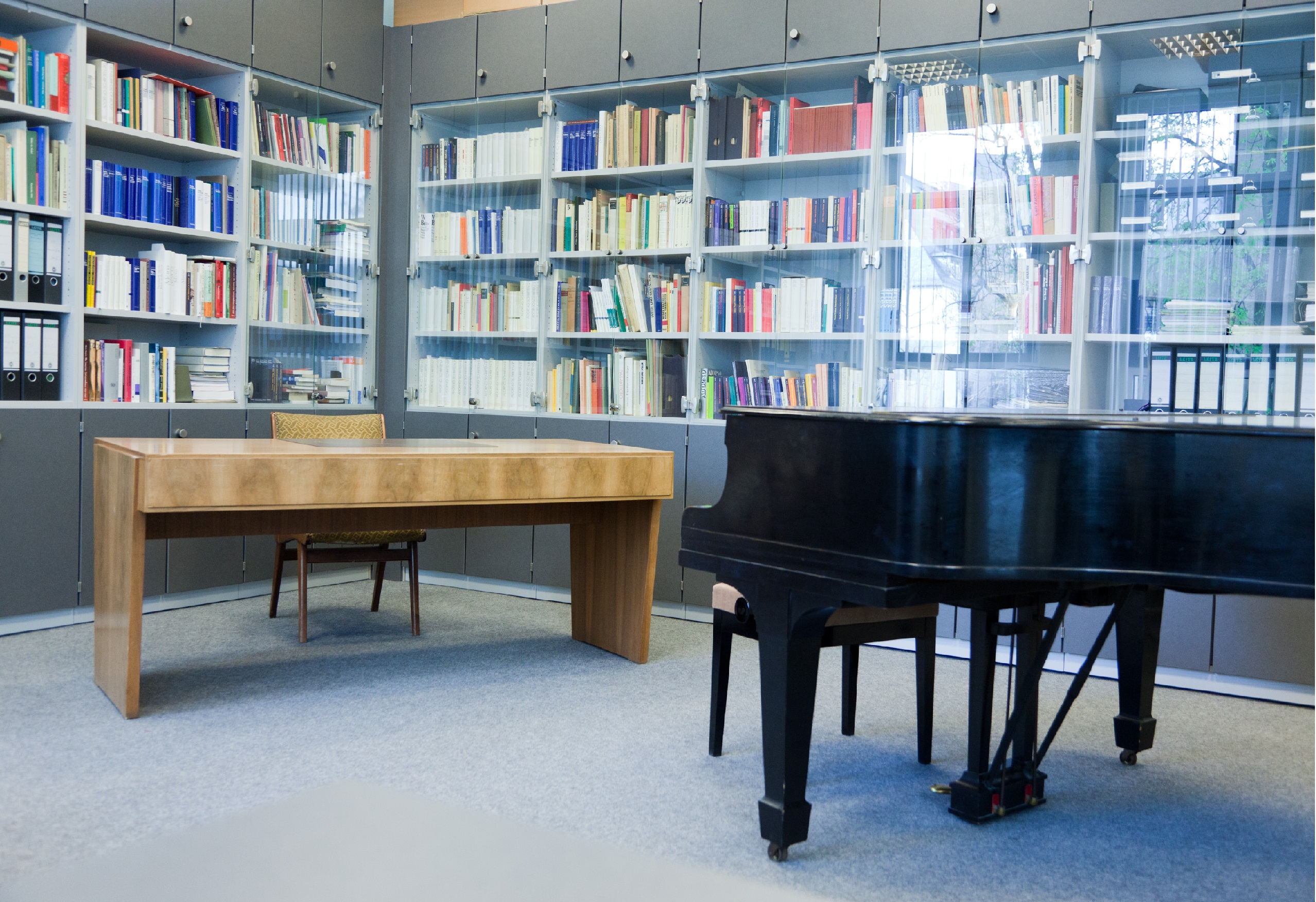